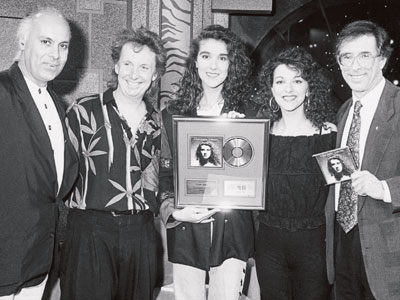 During the show, Bill Rotary, president of CBS Canada, presented Celine with a gold record for the sales of the album "Unison" in Canada in only 12 days.