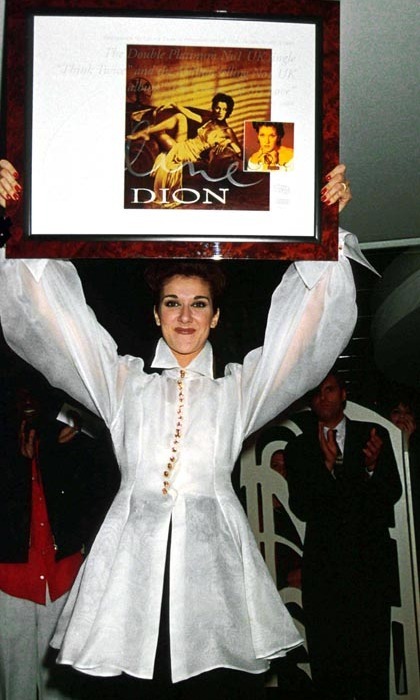 After the concert, Celine attended a party at Kessington's Roof Gardens celebrating one million UK sales of her album "The Colour of My Love". Guest awaited her arrival just before midnight , where she was presented with a triple platinum disc by bosses at Epic. Her single "Think Twice" also sold over one million copies in Britain.