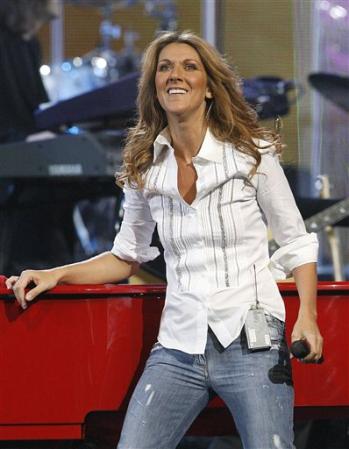 Jerry Seinfeld opened the evening's festivities at 8pm with a solid 30-minute set of stand-up comedy. He was followed in by Celine Dion, who gave a heart-stopping performance. Elton John -- the last performer of the evening – had the house rocking with a selection of his greatest hits. Celine and Elton ended the evening by bringing the crowd to its feet with a powerful duet of Saturday night's alright. Celine and Elton also performed together Sorry seems to be the hardest word.