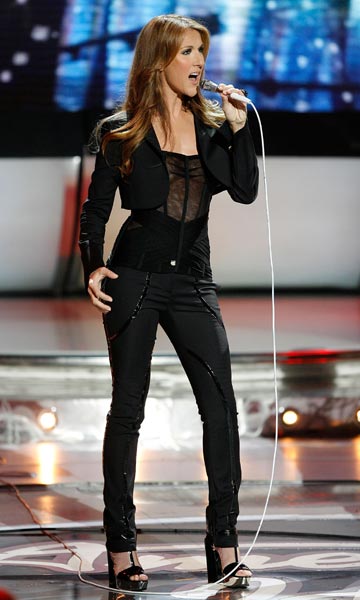 On April 25, 2007, Celine Dion performed the song "If I can dream" in a virtual duet with Elvis Presley, during the television show "American Idol", at the Kodak Theatre in Los Angeles, USA. The show was broadcast live on Fox Channel.

Celine's appearance was part of the broadcast of "Idol Gives Back", a charitable campaign that spanned two episodes of "American Idol" during its sixth season. The technology allowed Celine to appear singing next to Presley onstage. The old rocker appeared in form of hologram for this impressive duet singing the song "If I can dream" with Celine, leaving to the hearing dazzled and convinced that they were seeing a ghost. Presley appearance was created with rotoscoping, an animation technique in which animators trace over live-action film movement, frame by frame, for use in animated films.