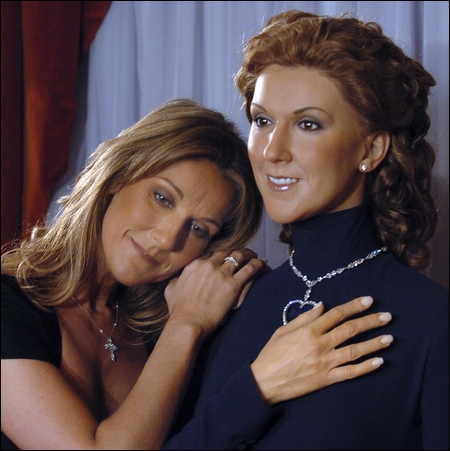 On May 7, 2006, right before her benefit show celebrating the 500th performance of A New Day, Celine Dion unveiled her second wax statue at the Colosseum at Caesars Palace in Las Vegas. Dion's statue, created by the Grevin Museum in Paris, France, is dressed in the outfit by Michael Kors which she wore at the 1998 Academy Awards where she sang the song "My Heart Will Go On" which won the Oscar for Best Original Score. Fans who attend A New Day can be photographed with the statue.