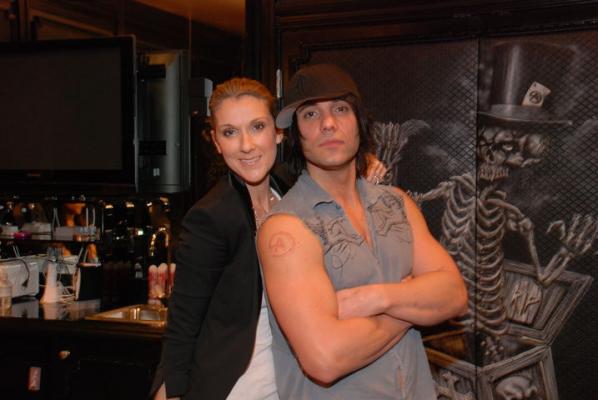 Celine took a few days' break from the North American leg of her world tour. She decided “there's no place like home” –- and returned here to her Lake Las Vegas estate. The first stop was at the Luxor to see the Criss Angel's "Believe" show. Celine, manager husband Rene Angelil and their 7-year-old son, Rene Charles, went backstage and met the rock-illusionist, who presented the youngster with a set of his children's edition of "Mindfreak" DVDs. Said Celine: “Between his magic, the amazing dancers, the great lighting and creativity, the show is very entertaining.”