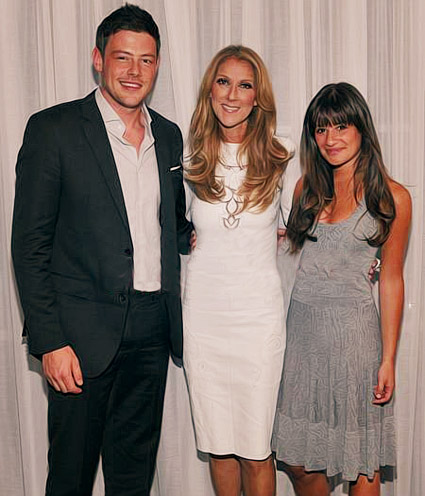 On June 20th, 2012, Céline Dion taped a segment for the show "Trip Flip", before her show, at the Colosseum at Caesars Palace in Las Vegas, Nevada. The host Ben Kreischer surprised two tourists with tickets for Celine's show and organised a visit backstage.Then, Celine greeted them. The show was aired on Travel Channel in the US on August 16.

Lea tweeted about this meeting:

Just had one of the most amazing nights of my life seeing the unbelievable Celine Dion perform live in Vegas.

Her show was sooooo good! And I got to meet and talk with her after the show. She is such an inspiring and amazing person!