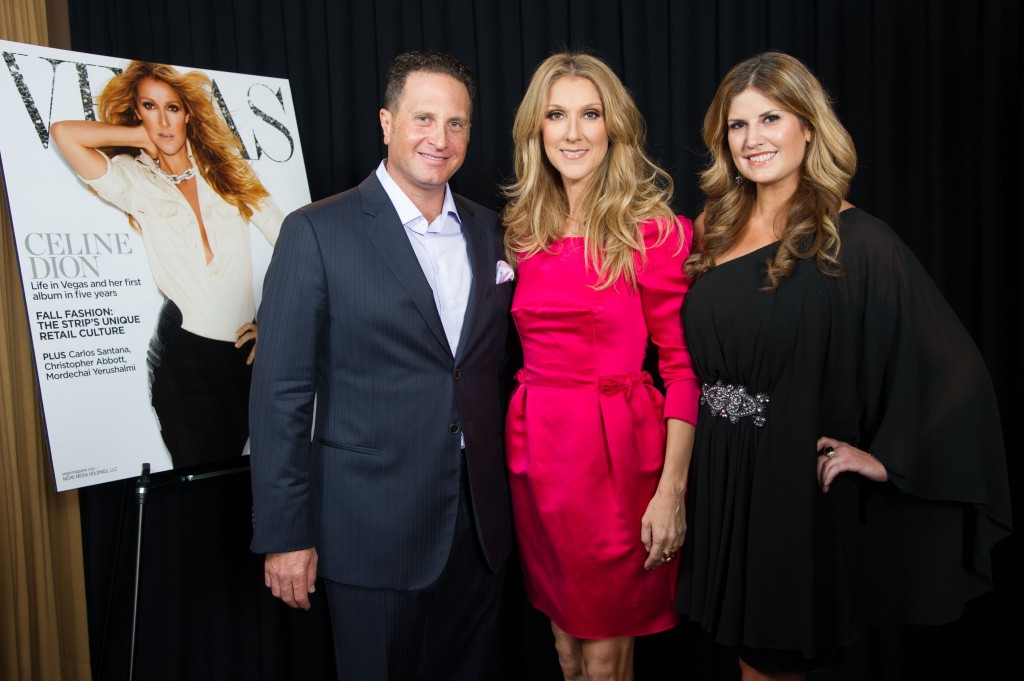 On August 19, 2012, Celine Dion met the team of the famous magazine 'Vegas', at Caesars Palace in Las Vegas, Nevada. She met with Josef Vann, publisher of the magazine, and Abby Tegnelia, editor-in-chief. They presented her with the September edition of which Celine was the cover.

The same day, Celine Dion was interviewed by Adrianna Costa for the television show "Extra !", which was broadcast on September 13, 2012 on the american channel Syndicated.