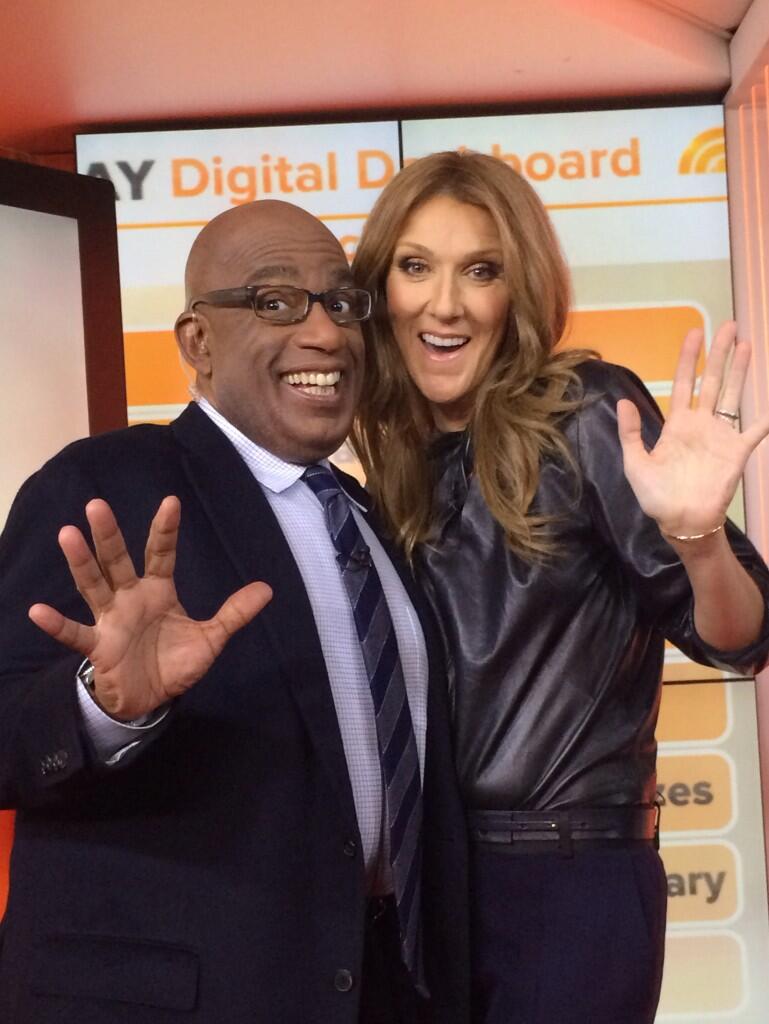 On October 28, 2013, Celine Dion took part in 'The Today Show', held at the Rockefeller Plaza, in New York City, USA. The show was aired the same day on NBC in the US.

Later, Celine Dion took part in the show "Late Night With Jimmy Fallon", aired on the same day. Backstage, Celine met with Dana Parish and Andrew Hollander, the authors of the songs Always be your girl and Thankful.