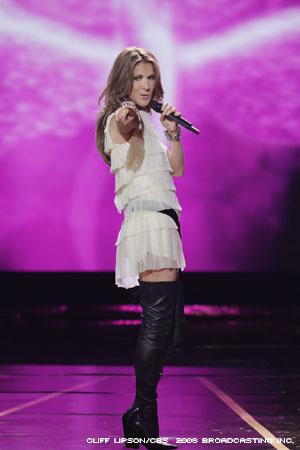 On January 12, 2008, Celine Dion taped the television show 'Celine Dion: That's Just The Woman In Me' before a live audience at the Wiltern Theatre in Los Angeles, USA.

Celine Dion performed some of her greatest hits including:

Amid the intimately set concert, Celine Dion also engaged the audience in conversation about her past, present and future in response to questions from VIP guests.