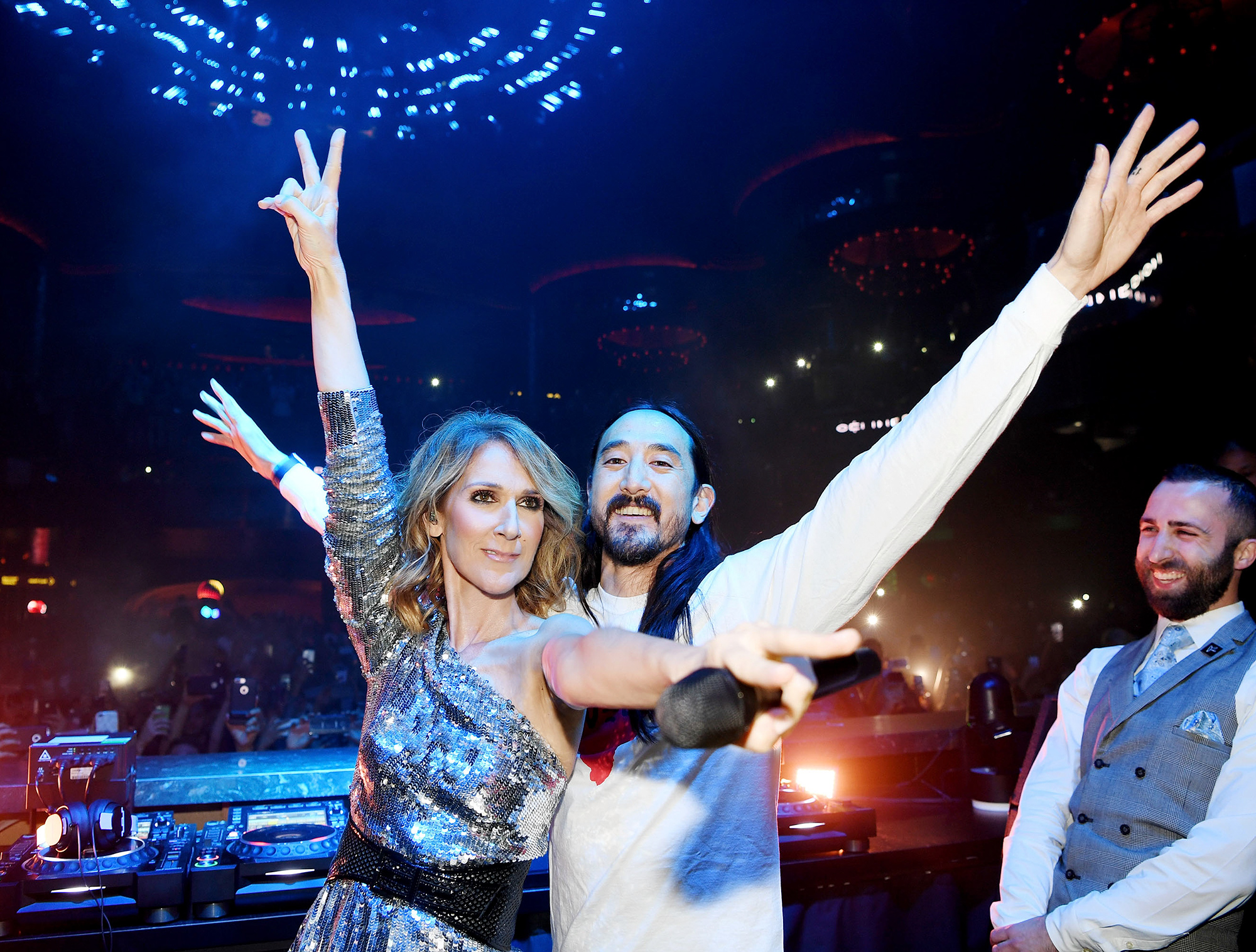 On November 8, 2017, Celine Dion made a surprise appearance with Steve Aoki, at the Vegas Strong Benefit Concert, at Omnia Nightclub at Caesars Palace, Las Vegas. She joined Steve Aoki to perform an EDM remix of her hit song "My Heart Will Go On".

Sporting a sparkly, one shoulder jumpsuit, Celine started her performance by singing the original version of the popular track, showcasing her golden voice. Steve can be seen in the DJ booth. As soon as she finished singing the chorus, the slow-tempo melody quickly changed to an upbeat one, hyping up the crowd.

Celine then began showing off her dancing skill. She jumped on the stage excitedly. Watching the legend, Steve couldn't sit still. The "Just Hold On" DJ got up from the DJ booth and joined the diva dancing onstage.

Others in the lineup included Cash Cash, Kaskade, Lil Jon and Tiësto. More than $1 million was raised for the Las Vegas Victims Fund to support 1 October victims.