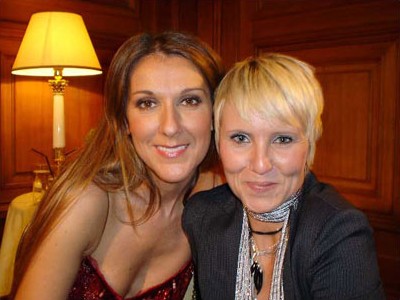 On Monday, October 10, 2005, during the afternoon, in the studios Gabriel in Paris, France, Celine Dion taped the french show 'Vivement Dimanche', hosted by Michel Drucker and broadcasted on December 25 on France 2 channel.
She performed an english version and a french version of the song I believe in you with Il Divo, Chante with Marilou Bourdon, and Je ne vous oublie pas.

Later in the evening, at about 10:00 pm, Celine Dion took part to the french show 'Plus De Vie' hosted by Isabelle Giordano and broadcasted live on France 2 channel.
She performed Je ne vous oublie pas.

A little after midnight, Celine Dion received half a dozen french canadian reporters in the lavish room Louis XIII of the hotel Georges V.