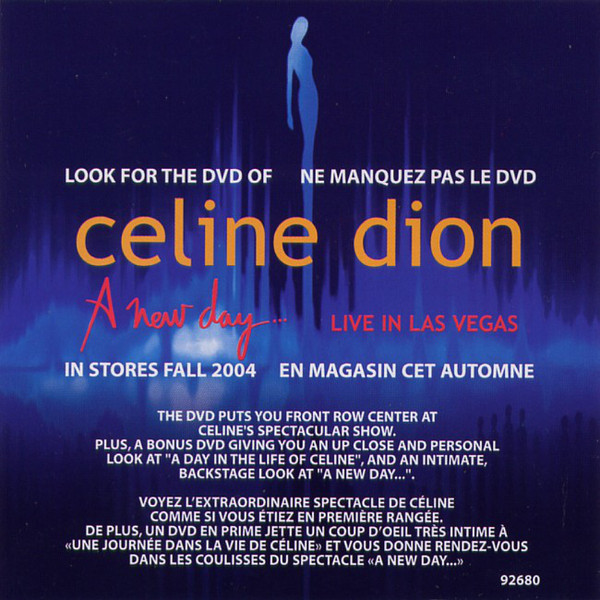 This release is mentioned in the bonus version of the live album "A New Day… Live in Las Vegas", released in June 2004. Indeed, at the end of the documentary "One Year, One Heart", we can see an advertisement for this DVD.

Some fans were even able to view the filming content for this DVD because it was shown on the big screen in the hall when Celine canceled a performance due to an infection.

Unfortunately, the DVD was eventually canceled due to the improvements made to the show since the initial filming and also due to Celine's change of hairstyle which made her look better.

New shoots were reportedly made between 2005 and 2006. During this period, further changes in costumes and in setlists continued to be added to the show.

It was finally in 2007 that the final version of the DVD was recorded and released.