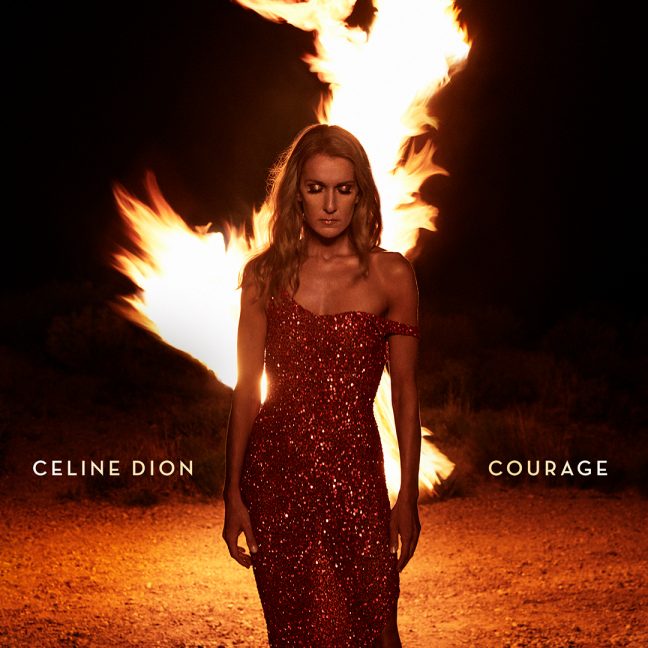 Representing an exciting new creative direction for Celine, "Courage" is a mix of beautiful ballads and edgy up-tempo tracks.  The album contains 16 tracks, with an additional four tracks on the deluxe version.

Flying On My Own

The song reminds us of the importance of changing our mindsets to keep moving forward after a toxic relationship. It was written by David Guetta, Giorgio Tuinfort and Sia Furler.

The title song Courage is an anthem that calls for strength and recklessness when faced with a new challenge. It was written by Stephan Moccio, Erik Alcock and Liz Rodrigues.

The song explores the way you look at yourself. It was written by Ari Leff, Michael Pollack, Nicholas Perloff-Giles, Dallas Koehlke (‘DallasK’) and directed by DallasK.

For The Lover That I Lost

I Will Be Stronger

How Did You Get Here

Look At Us Now

(Japanese Bonus Track) The bonus track for the Japanese version of the album "Courage" was released on January 24, 2020. The song is signed by Jason Wade (Lifehouse), Tina Parol and the production team The Elev3n (Meghan Trainor, Sean Kingston, Jesse McCartney). On the social medias, we could see a short extract of Celine singing it in the studio.
×