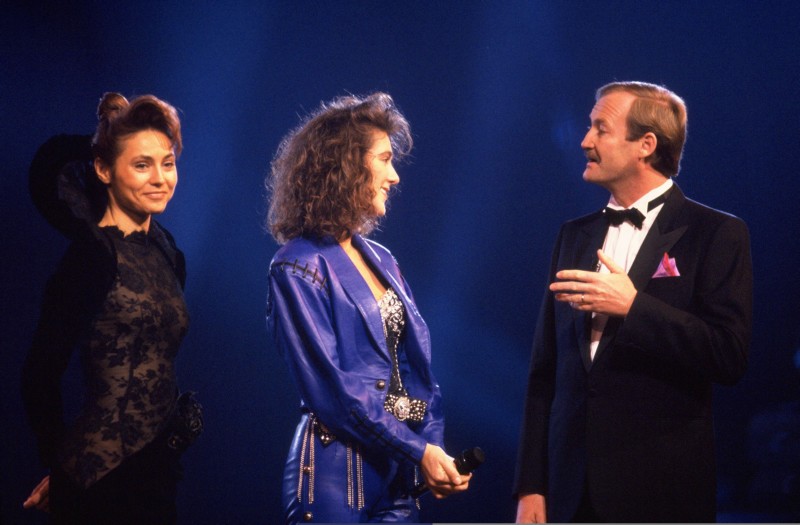 On May 6 1989, Celine Dion opened 34th Eurovision Song Contest, held at the Palais de Beaulieu, in Lausanne, Switzerland. The event was hosted by Jacques Deschenaux and Lolita Morena.

Switzerland gained the hosting rights after Celine Dion's victory in Dublin the previous year. The presenters were Lolita Morena and Jacques Deschenaux. Riva was the winner of this Eurovision with the song, Rock Me, representing Yugoslavia. This was the only victory for Yugoslavia as a unified state. Rock me was written by Rajko Dujmić and Stevo Cvikić . The song was performed in Serbo-Croatian, however during the winners' encore lead vocalist Emilija Kokić sang the song in English.

The previous year's winner, Celine Dion, opened the show with a live performance of her winning song "Ne partez pas sans moi" and a mimed performance of her first English-language single, "Where Does My Heart Beat Now". The song went on to become a top ten hit in the US a year later - effectively launching her into international success.