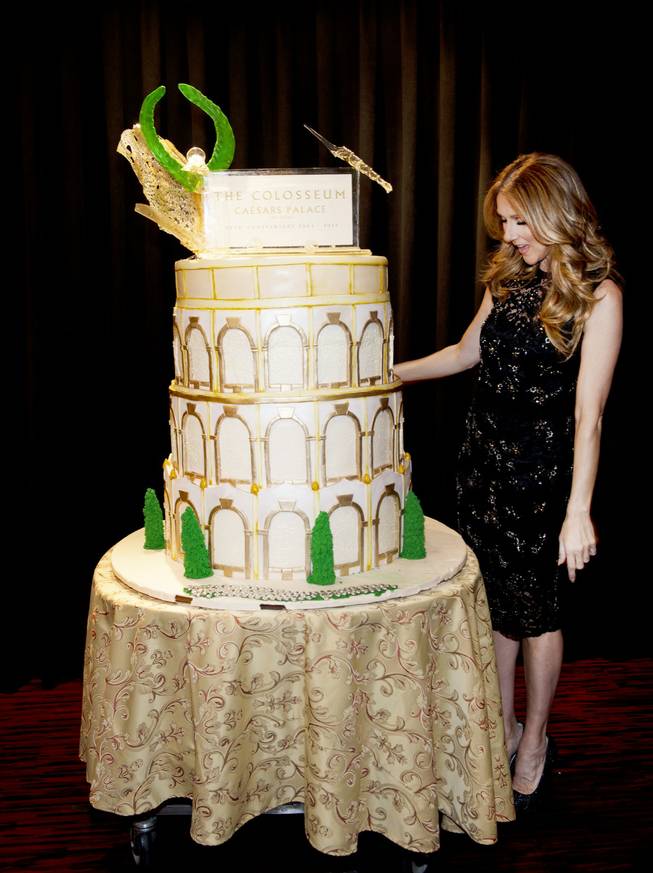 On March 16, 2013, Celine Dion celebrated the 10th anniversary of the Colosseum, at Caesars Palace, in Las Vegas, Nevada, backstage after her residency show 'Celine'. The black lace dress she wore was a creation by Dolce & Gabbana.