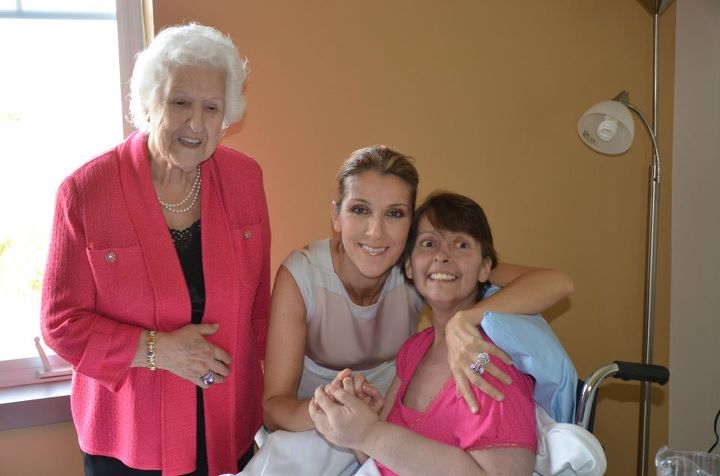 La Maison Adhémar-Dion is a non-profit organization open in 2010 and built by donators of the Fondation du Centre de santé et des services sociaux (CSSS). Celine was accompanied by some of her siblings (Clément, Paul, Pauline, Liette, Michel, Jacques, Claudette) and her mother, Thérèse. They visited the house and spoke about the reason why it was named after Adhémar, how he died in his wife´s arms and about how each of them believes that taking care of their parents and family is so important. During this very touching interview, Celine spoke and made all of her sisters and brothers cry. Celine was photographed with Marcel St-Aubin, one of the resident of the house as with some of the personnel of the center.