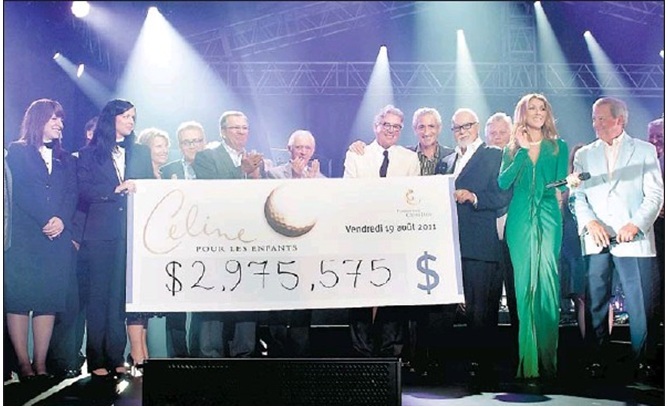 On August 19, 2011, the second ‘Céline pour les enfants' fundraising event was held at Le Mirage Golf Club in Quebec, Canada. This event, organized for the benefit of The Celine Dion Foundation was attended by Celine and René, as well as several other celebrities such as Pierre Dion, President of the TVA Group, and […]
×